Here Are 3 of the Dumbest Animals Ever

As much as intelligence is a human standard, animals too can be evaluated on such terms. But just what do you call animals that only eat food that was never meant for them? What about those which charge at something that’s their natural prey? They might not understand they are being criticized but the dumbest animals just seem to stand out. Most of the individuals are quite interested in knowing What Is the Dumbest Animal in the world? Here are some of the dumbest animals: 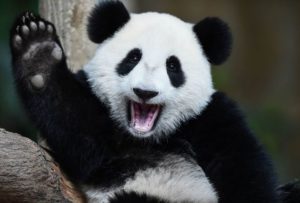 It’s a known fact that Pandas are an endangered species largely because of their eating habits. Of course, they are giant carnivores that over time have learned to survive on bamboo. They are the dumbest animals for their insistence on eating the low nutrition shoots. They, therefore, have to constantly keep chewing at the bamboo shoots so as to survive.

Their nutrition has made them not just stupid but also lazy. Bamboo has practically no protein and vitamins thus denying Pandas proper brain development. It’s because of this that they cannot just find the energy to get up and go. It gets worse that they can only mate once in the wild as they have practically no energy to do it often.

You would expect the babies to be so small because of lack of nutrition. That’s why the mothers hardly realize it when they are giving birth. It’s the mothers that give Pandas the tag of being the dumbest animals. Since they can’t recognize their own cabs, they even go ahead trying to kill them. Since they are born in pairs, the mother tends to choose the stronger cab and letting the weaker one starve to death. 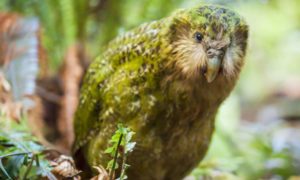 The Kakapo is a flightless parrot that is very adorable. They evolved in an area that offered them food in abundance and in which there were no predators. Thus their brain development was hampered as they had no reason to come up with a defense strategy. Try to scare it and see what makes it one of the dumbest animals. It will either stand completely still or climb up a tree only to jump out falling on the ground in a heap. Well, what would you expect from a bird that cannot fly?

The Kakapo has very poor diet and just like the Panda, never really mates. They would wait for the big rimu berry harvest that comes every two to five years before the females can mate. It gets interesting when the male’s call to females causes too many echoes that it’s hard to tell where to go. 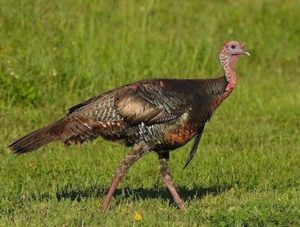 As much as turkeys are thought to drown themselves in the rain, it’s their sex drive that makes them some of the dumbest animals. Although much better than the Pandas or Kakapos, they are quite inept in this faculty. Male turkeys are known to do mating dances and mount a model of a female turkey. Even when the fake turkey is stripped, only a head was enough to attract the male turkey. The situation is so bad that they even try to mate with an emaciated head of a male turkey head standing on a stick.

Animals And Humans share many traits.  We can be intelligent but we also have our moments.  Animals may be no different.