Animal behavior is the scientific study of everything animals do, whether the animals are single-celled organisms, insects, birds, mammals, fish, or humans. However, human behavior is more often studied by psychologists, anthropologists, human ethologists, or other social scientists.

The field of animal behavior is concerned with understanding the causes, functions, 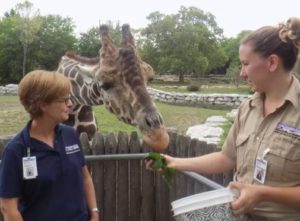 What Education/Training is needed in the Field of Animal Behavior?

Most scientists directly involved in animal behavior are found within two disciplines: Ethology and comparative psychology. These disciplines overlap greatly in their goals, interests, and methods. Ethologists usually are trained in departments of biology, zoology, entomology, wildlife, or other animal sciences, whereas most comparative psychologists are trained in psychology departments. Some jobs in animal behavior require only a bachelor of Arts (B.A.) or a bachelor or Science (B.S.) degree. However, most careers in animal behavior require advanced degrees, sometimes a Master of Arts or of Science (M.A., M.S.) but usually a Doctor of Philosophy (Ph.D.) or Doctor of Veterinary Medicine (D.V.M.). Earning such advanced degrees requires a very good undergraduate background, good grades, high motivation, hard work, and intelligence. Many colleges and universities in North America offer graduate training programs in animal behavior.

What Career Opportunities are Available in Animal Behavior? 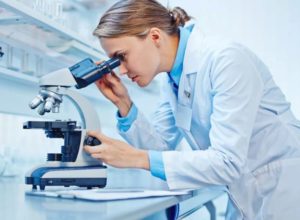 Most animal behaviorists teach and/or do research at colleges and universities. Many have academic appointments in biology, zoology, or psychology departments. A smaller number are found in departments of anthropology, sociology, entomology, animal and poultry science, wildlife biology, ecology, or in medical or veterinary colleges. Careers in college teaching and research usually require the Ph.D. degree; a very few junior colleges require only a master’s degree. Most animal behavior jobs exist within larger academic departments such as zoology or psychology, and animal behaviorists usually teach in related disciplines such as physiology, ecology, and herpetology. Students who obtain the Ph.D. degree in programs offering broad training in one or more of the behavioral or biological sciences will be more competitive in the job market. Although animal behavior is a growing discipline, competition for jobs in teaching and research is very keen, and job opportunities in colleges and universities are not expected to expand greatly in the foreseeable future.

Very few animal behaviorists work in government laboratories or in private business and industry; most of these jobs will involve research in health-related areas. For example, drug companies or government laboratories may hire animal behaviorists to conduct research on the behavioral effects of new drugs or chemicals. Other laboratories may hire behaviorists to examine the links between behavior and disease states. such as heart disease. For such jobs, breadth of training will be essential. Training in the biological sciences relevant to health, such as physiology, biochemistry, or pharmacology, will be particularly helpful.

Zoos and museums occasionally hire animal behaviorists as curators or researchers. Curators are responsible for acquiring, maintaining, and displaying collections of particular animals or specimens. Researchers are responsible for the scientific study of the animals or specimens. Curators and researchers usually have Ph.D. or D.V.M. degrees and also have broad training in other disciplines of biology such as animal husbandry, systematics, ornithology, or anatomy.

A small but growing number of animal behaviorists are being hired to apply behavioral knowledge to the production, management, conservation, and/or care of wild and 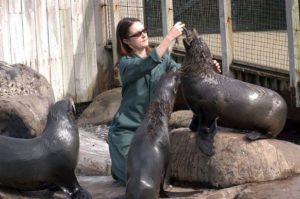 domestic animals. Most are researchers in colleges, universities, or government research facilities. Many are employed by academic departments such as animal science, wildlife, or entomology, for research aimed at areas such as improving livestock production, managing wildlife populations or controlling pests. Most of these researchers have a Ph.D. in animal behavior or in some allied field of biology with advanced training in animal behavior. Other applied animal behaviorists are concerned with treating the behavioral problems of pets or other domestic animals. These individuals usually work in schools of veterinary medicine within colleges or universities, in veterinary hospitals, or for private consulting firms. Some have a Ph.D. from an animal behavior program specializing in such training, while others have a D.V.M. with additional training in behavior.

Paid research assistants often are hired by universities, zoos, museums, and government, and private facilities to help conduct ongoing animal behavior research. Here they work under the direction of faculty or staff researchers and help to design, perform and analyze the results of animal behavior studies. Research assistants may work in laboratories or in the field, depending upon the nature of the research project. These jobs may be full-time or part-time. Full-time research assistants usually have either a B.S. or M.S. degree. The usual requirements for a B.S. assistant is a major in the biological or behavioral sciences with some course work in animal behavior. Part-time assistants need not have a bachelor’s degree, but usually they have had some course work in behavior. Often, part-time assistants are students working toward a college degree. As was true for college teaching and research, competition for research assistant jobs is keen. Breadth of training in allied fields (such as ecology, physiology, psychology, or chemistry) and/or possession of particular practical skills (such as statistical analysis, computer programming, or electronics) can be helpful).

Some zoos and museums hire research assistants or educators. Education requirements and job related duties are similar to those discussed in the previous section. Educators help to prepare educational displays, lead tours, and/or give lectures to tour groups. Educators may have a B.S. or M.S. degree in the biological or behavioral sciences. Usually some specialized training or experience in secondary or adult education is also preferred.

Some behaviorists train animals for public performance for zoos, circuses, stage, or television; others train pets as in obedience training, guard dog training, seeing-eye dogs, or retrieving. Currently, in most states and provinces, animal trainers are not required to have any specialized training in animal behavior. However, many have been through a certification training program or have apprenticed to another professional animal trainer.

Other Jobs Working with Animals: Many other jobs that involve working with animals also involve some knowledge of animal behavior. These include employment as animal caretakers at zoos, universities, and research institutions, as pet store workers, and as animal control officers. Some of these require specialized ro advanced training; others do not.