The best electric dog fence gives you, the owner, comfort! It allows your dog the freedom run and play without your constant presence, and your dog is safer within the fence than when running free without the security of the designated safe zone provided by the fencing system. The busy street will be off limits. You won’t have to replace the flowers in your neighbor’s garden that “Pooch” ran over! And “Pooch” won’t come home lame after a scuffle with wild animals in the woods.

It’s our opinion that the best electric dog fence works underground with wires and ion batteries. Together, the fence and receiver collar deliver corrective, non-harmful, shocks to the dog as the dog approaches the fence limit. This signal reinforces the training you should give your pet and together will guide your dog’s behavior to stay within the boundary. In addition to the electric fence itself, the underground dog fence can include staples, flags or ties. Flags help train the dog to respect the boundary. Staples are used when burying the fence is not desired or when not possible in certain parts of the yard. Ties will allow you to tie the wire to an existing wooden or wire fence, for instance.

The best electric dog fences include a stubborn dog system which works well with retriever type dogs inclined to bolt impulsively to retrieve moving objects while a system for sport dogs can provide ample wire to cover large acreage of up to 100 acres.

Collars are interchangeable among the various underground electric dog fence systems put out by the same company. Contact with the dog’s skin is vital for work-ability and trimming the dog’s hair around the collar is sometimes recommended. Make sure to feel the prongs touch the skin for proper contact or the dog won’t feel the stimulation needed to divert his attention. 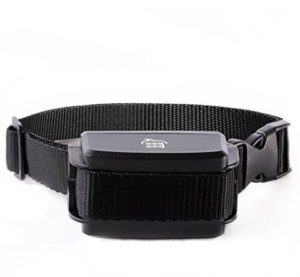 The best electric dog fence in the wireless category utilize radio transmission to signal the collar worn by your dog. The signal is sent from the wireless electric dog transmitter which radiates a signal out in a 90 foot arc. Plug it in, adjust the radius and you are good to go. It’s an easy and convenient five minute installation project! The wireless fence is great for vacations or camping trips or on a fairly level lot at home.

Training is essential for either the underground dog fence or the wireless electric dog fence. It’s the best way to ensure compliance. Flags can be used to provide visual boundaries so you can teach your dog to stay within a certain area. Next, by walking with your dog around the same area while he is wearing the collar, the dog will learn the signals that warn him that he is getting too close to the boundary and must turn back. If properly trained, your dog will not realize he can run through the fence! When training is complete (in about two weeks of regular workouts) your dog can be left to roam and play safely in your yard.

The Cons of Electric Dog Fences

Critics of the electric dog fence say that there are many kinds of fences available to dog owners: chain link, wooden, farm fencing, invisible fencing. With so many choices, why would an owner want to use an electric fence?

An electric fence carries a small electric current that shocks a dog (or anyone else) when he touches the wire. Is that humane?

The Pros of Electric Dog Fences

Proponents of electric fencing say that the current in an electric fence is very small and does not injure a dog (or anyone else). These fence wires are also used for fencing cattle, horses and other animals without any problems.

Proponents also say that electric fences for dogs are often used as a last resort. These owners may have other fencing up in their yards. They may have chain link fences but their dogs dig under the fences or climb over. There are some dogs that are escape artists and won’t stay in a yard no matter how good the fences. When owners have a dog like that they fear that the dog will be lost or hit by a car if they don’t use electric fencing to keep the dog contained in the yard. In these cases the owner may add a string of electric wire along the base of the fence and/or along the top of the fence to keep the dog from getting out.

Is electric fencing humane? Yes, it probably is. It is widely used by farmers and others with animals. The humane society thinks they’re a good idea. In most cases an animal will touch it once and doesn’t go near the fence again. If a person touches it they receive a small shock — enough to make them jump back but certainly not enough to harm them.

The best of the electric dog fence models are not pleasant or attractive but they probably do save the lives of some dogs who would otherwise dig under fences or climb over them to get out and frolic around their neighborhoods.

Although they may not be desirable or anyone’s first choice of containment for dogs, electric dog fences do seem to serve a necessary purpose. They are not necessarily a sign of a bad or negligent owner. Instead, they can be a sign of an owner who is trying his best to keep his dog responsibly contained instead of allowing him to run loose.

Some Only Have to Use the Fence Once

In many cases an owner will put up a string of electric fence and, after the dog has touched it once and decided to keep away from the fence, the owner will unplug the fence. Simply having the wire up along the fence is enough of a deterrent to keep the dog from digging under the fence or trying to climb over it to get out of the yard.

If you have a dog who repeatedly gets out of your yard you will have to make your own decision about whether you want to use an electric dog fence or not. There may be other options but none of them are simple. Some people have dug several feet under their fences and poured concrete to prevent their dog from digging out. If your dog tries to climb the fence, some people have put up coyote rollers on the top of the fence that will make your dog roll off if he tries to go over. The simple fact is that it’s hard to contain a dog that wants to get out of a yard. Electric dog fences are one option.

Now that your electric dog fence is installed enjoy your freedom and your dog’s happy and contented behavior!