The Most Beautiful Animals of the World

Beauty is in the eye of the beholder, and this is true in almost all things including animals. There is no way to objectively measure beauty. For what one person may find admirable may not appeal to another. Some people may consider the chameleon or whale majestic, while others see them as scary animals. What one considers the most beautiful animals of the world might be viewed as strange animals to another.

There is also another argument that colorful animals are beautiful, but Poison Dart Frogs are also colorful yet toxic – especially those that live in the wild. Every species has its own physical characteristics and behavioral tendencies which separate it from another. Even species that look similar can be very different. Regardless of our personal preferences towards what physical beauty actually is, at least we can agree that the following animals look astoundingly beautiful.

Some of the World’s Most Beautiful Animals

Found only in New Guinea and parts of Australia, the Birds of Paradise have been living in a heaven of their own with no existing natural predators in their habitats. They have plumes and sometimes bizarre yet beautiful shape-shifting manipulation. Living in an environment with plenty of food, they thrive if not because of human intervention. Their colorful beauty unfortunately attracts unnecessary attentions from human, hence illegal hunting. Conservation movements thankfully help protect them from extinction. 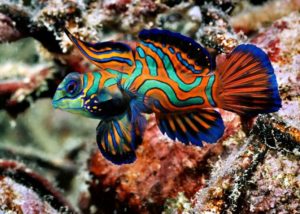 Commonly found in their natural habitats in the north of Australia, Mandarin Fish (also known as Mandarin Dragonet) is one of the most brightly colored fish in the world. They are popular in aquarium trade, but can be notoriously difficult to keep. In the wild, they feed continuously during the day; in salt water fish tank, sometimes they only want to eat live amphipods and copepods. 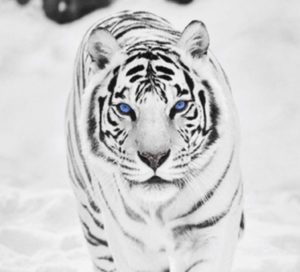 Bleached Tigers or White Tigers are basically a pigmentation variant of Bengal Tigers. Both have the same black stripes and either could be consider among the most beautiful animals of the world. But the white variant features near-white or white coat. There had been reports of their appearance; however, the last one seen in the wild was in 1958. Even when they still exist in the wild, they are in extreme rarity status. The good thing is that many of them are in captivity. 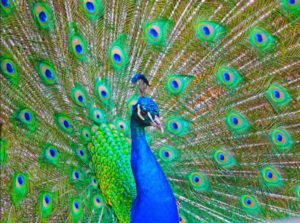 Typically feature blue and green feathers, Peacocks are not exactly colorful. The way those two colors are arranged and combined, however, brings an entirely different kind of beauty. The colors are mostly in the tail, which makes about 60% of a Peacock’s body. There are also other colors such as red and gold to make the combination even more eye-catching. Peacock’s tail can be spread out across the bird’s back and it can reach the ground on either side. If you have never seen real-life peacock before, imagine seeing a colorful butterfly, but magnify the butterfly to about a hundred times.

This is not an exhaustive list of the most beautiful animals of the world.  I could make the argument that the ring-necked pheasant, the cutthroat trout, the bull elk, the wood duck, or the mountain bluebird should be on the most beautiful animals of the world list.  And these are animals that are practically in my backyard.  All animals have their own beauty – even the “ugly” ones.

What type of animal do you think is the most beautiful in the world?