Everything you Need to Know About the Catahoula Bulldog

When you cross breed a Louisiana Catahoula Leopard dog with an American Bulldog, what you get is the Catahoula Bulldog. In Indian, Catahoula means ‘clear water’. The dog was bred near the Catahoula Lake, a place full of clear water. The name of this dog breed isn’t just significant for the place of its origin. These dogs are unbelievably clear-headed creatures endowed with remarkable demeanors. 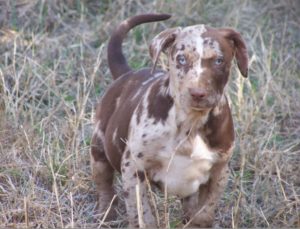 If you are looking for a very expressive dog, the Catahoula bulldog is all you need. This dog can communicate with its ears in ways that no other dog breed can. Depending on the individual dog, they may have button, rose-type, or cropped ears. The short glossy coats of the Catahoula bulldog makes it very gorgeous indeed. Their coats remain short for as long as they live in in warm areas. However, in colder areas, the Catahoula bulldog develops an undercoat. Although they have tight skins, this dog breed has a variety of colors. They either have their coats in pure white, dark, or any color in between. They have gold, brown, bright green or clear blue eyes. The Catahoula Bulldog has an average weight of 75 to 100 pounds.

History of the Catahoula bulldog

People who have interacted with this dog breed for the last 100 years have loved it! There 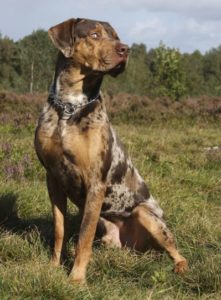 was a time when ranchers and hog hunters kept Catahoula leopard dogs. All this was because of the native dog’s remarkable intelligence and work ethic. For many years, these dogs hunted hogs just as much as they helped herd cattle. The hog hunters found it a problem having these dogs carry the catch home. It was their lack of strength and puny sizes that was mainly to blame. The hunters had to bring along a catch dog on every hunting mission. Also, this small dog wasn’t just aggressive enough to hunt down bears, which were considered hostile prey.

What kind of temperament does the Catahoula bulldog have? 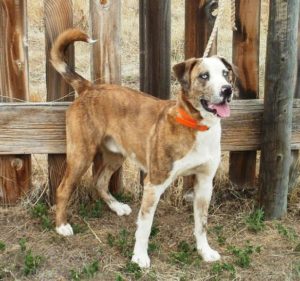 There are many great things that the Catahoula bulldog is known for. Among them is that it is an avid protector of its family, incredibly loyal, calm unless provoked, and just strong. Talk of a dog that combines the strength of the American bulldog and the Catahoula leopard dog. Just how strong can it get? This dog retains a different set or incredible traits from each of its parent breeds. From the American bulldog, they get a cool demeanor, a wide skull, and strong jaws. From its Catahoula heritage, this dog gets fierce strength, endurance, intelligence, an incomparable ability to herd and hunt. Clearly the Catahoula bulldog has the skills and passion to carry out all the tasks you give it. This is even as is serves as man’s best friend.

To crown its unmatched abilities, the Catahoula bulldog is not easy to give in to distraction. Its friendly nature makes it a great addition to the family. It gets along with children, other pets, and almost anything else that loves them back. If you find a good trainer, this dog has the ability to become a great friend of yours. However, don’t expect the Catahoula bulldog to be total angel! If you don’t train them, you will end up with a handful of problems.

Can the Catahoula bulldog keep its nose dry?

This is from the lineage of the American bulldog anyway! The Catahoula bulldog can

therefore be susceptible to a number of sensitivity issues. This includes a dry, rough, damaged, or flaking nose. Just like for all sensitive canines, the trick is to use all-natural and organic dog products on this breed. With this, you can prevent the sprouting of future nasal irritations. So check if your Catahoula bulldog has a rough, dry or crusty nose. If it does, ensure you get for him the best organic dog products. Natural dog products are full of healing ingredients that will make the nose of your dog look better. When all is over, your dog will definitely feel better. Whatever you do, ensure your Catahoula bulldog has a well-moist and healthy nose. If anything, a rough or damaged dog nose can be a source of serious pain. This can make your dog to turn out being irritable and temperamental.

There you have it! If you are looking for a great hunting, herding, and friendly dog, the Catahoula bulldog is all you need. Only ensure you are giving it the best care it deserves.