Life is a gradual process of evolution and extinction. Every species on earth forms an important part of the ecosystem. The disappearance of a species can lead to an ecological imbalance. Today we discuss the top ten extinct animals.

Dodo: It was discovered in 1505 by Portuguese explorers on the island of Mauritius. This

flightless bird weighed about fifty pounds. Introduction of non-native animals such as pigs, monkeys, and rats endangered their existence. The dodo’s eggs were fed upon by these introduced creatures. The last dodo was sighted in 1681.

Carolina Parakeet: This extinct bird was once abundantly found in large colonies in the swamps of Cypress across south Atlantic and Gulf States. They were slaughtered as pets, and were widely hunted for their feathers. Sighting of a small flock of this bird in the wild was last reported in 1920.

Bachman’s Warbler: This species of bird has recently become extinct. It lived in the forested swamps of the eastern United States. It has not been sighted since the early 1960s, and is listed as endangered animals. 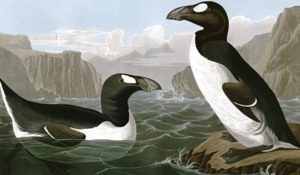 The Great Auk: It is also known as Garefowl. It was widely found across the North Atlantic region ranging from Ireland to Greenland to almost to the Arctic Circle. It became extinct by mid 19th century as the sailors fed themselves on the eggs of this bird.

Labrador Duck: It was found on the coasts of Quebec in Canada. It became extinct in 1870s.

Quagga: They were native of the Karoo plains and Southern Free State of South Africa. A

large-scale hunting of this animal by the ranchers in the mid 19th century caused rapid decline in their numbers. The last quagga was reported dead in 1883 in an Amsterdam zoo.

Caspian Tiger: It is also known as the Persian Tiger. Once found throughout the Central and southern Asia, this animal was hunted for its hides. It was often killed by the villagers to protect their livestock when attacked. It was last sighted in 1957. 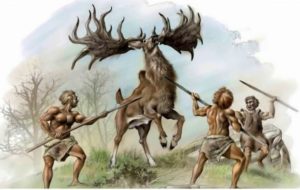 Irish Deer: The Irish elk or the Giant Deer was the largest deer that ever lived on earth. It was found in Europe, and is believed to have lived about 10,000 years ago.

Tasmanian Wolf: It became extinct about fifty years ago. It was not a wolf, but a carnivorous marsupial considered to be a distant relative of wombats and kangaroos.

Therefore, extinct animals and birds, which 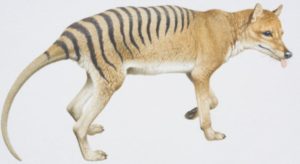 once formed an important part of the ecosystem, are no more alive. Human destructive activities combined with natural forces made their existence impossible. Climate change and the inability to adapt to a new environment caused many animals and birds to become extinct.