We know that the crow might be the smartest bird. But what member of the animal kingdom holds the title for smartest animal?  That’s a tough question to answer because there are a lot of factors that make up intelligence and some animals are very hard to research.  Do do have some clues on memory though.  And the saying to have a memory like an elephant is not misplaced.

Elephants do have strong abilities to recall people, places, and behaviors. Examples of this include elephants recalling humans that trained them when they were young, but who they haven’t seen for more than 20 years. Elephants are also known for remembering the locations of important resources in the wild over hundreds of miles of terrain, even if they haven’t visited those spots for decades.

Elephants that have been apart for many years seem to recognize each other and greet one another upon meeting again. This has been observed among zoo elephants. It is probably the ability to keep track of information for many decades that generated the phrase to have a memory like an elephant.

Why Do They Say an Elephant Never Forgets?

This saying has made it’s way into pop culture through movies and books.  The most famous example of the memory of elephants is illustrated in the story Elephant Walk, which was made into a movie in 1954. 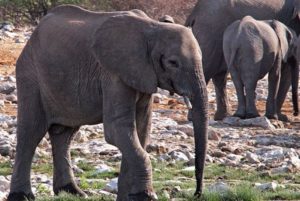 The movie is based on the true story of a British plantation that was built across a traditional elephant walk in India. Elephants typically use the same path every time the move from location to location. The elephants were confused when they came to this plantation and became enraged when they couldn’t use their same “walk”. The elephants end up destroying the plantation in a stampede that smashes most of the house and starts a fire.

What Does it Mean When Someone Says an Elephant Never Forgets?

The saying ‘an elephant never forgets’, is an expression used to imply that a person has a good memory and is unlikely to forget something.  The expression is usually used in a lighthearted or humorous context.

The saying may be somewhat accurate but not entirely truthful.  Elephants are extremely hard to study.  Researchers have managed to conduct pioneering studies using zoo elephants in the areas of hearing, sensitivity to vibrations, and self-awareness. Yet these three individual studies were limited to a sample size of one. (The self-awareness test was performed with three elephants but only one produced usable data.)

An elephant’s memory doesn’t stow each detail of every stimulus ever encountered. Instead, their brain encodes what’s necessary for survival, such as food location and family identification, in the same way that our short-term memory systems selectively discard or transfer data to our long-term storage.

Do elephants Forget Anything?

Elephants have incredible memories.  But the myth that they never forget is a myth.  In the wild there is evidence that elephants have forgotten their travel and burial patterns. Elephants that have a friendship with humans seems to erode over time if not maintained. Elephants memory of lasting relationships with other elephants seems to be remember more. In fact, individual elephants can remember their own species even when separated for decades.

So What Does a Memory Like an Elephant Mean?

To have a memory like an elephant means that a person can have great recall.  It may not be perfect (like elephants).  But it can be close.

Why Do Elephants have Such Great Memories? 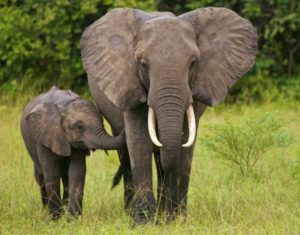 Remarkable recall power of other elephants is a big part of how elephants survive. Matriarch elephants, in particular, hold a store of social knowledge that their families can scarcely do without, according to research conducted on elephants at Amboseli National Park in Kenya.

What Do You Call A Group of Elephants?

What Animal Has the Best Memory in the World?

The reputation for the longest memory might be with elephants.  But studies show that dolphin memory wins for best memory in the animal kingdom.  Dolphins might even have a better memory than humans.

Researchers in the US say that even after 20 years of separation, dolphins could recall the whistles of former companions. Research published in the Proceedings of the Royal Society B believe that these long-term memories are a product of the complex social connections that dolphins have evolved.

The study the scientists used relationships between 56 captive bottle nose dolphins that have been moved for breeding purposes between six different zoos and aquariums in the US and Bermuda. Through a playback study conducted within a multi-institution dolphin breeding consortium (where animals are moved between different facilities), recognition of unfamiliar versus familiar signature whistles of former tank mates was assessed. This research shows that dolphins have the potential for lifelong memory for each other regardless of relatedness, sex or duration of association.