Why the Crow Is Considered the Smartest Bird

We’ve talked about what is the smartest cat but how about the smartest bird? While opinion may be divided on this issue, research findings suggest that the humble crow might be the claimant to the throne. Well, it all stems from the bird’s ability to solve multi-step puzzles that are difficult even for some humans.

In a BBC special investigation, an eight-step puzzle was set up. The aim was to try and stump one of the smartest crows living in captivity. According to the BBC investigators, this was one of the most complex tests of the mind of an animal ever designed.

You would have expected the smartest bird to balk under pressure but it didn’t. This particular crow has such a crafty mind that the investigators were forced to brand it ‘007’. It is seen flying into the caged puzzle and takes only a few seconds analyzing the puzzle. Once it’s sure it has hacked it, the smartest bird gets to business. 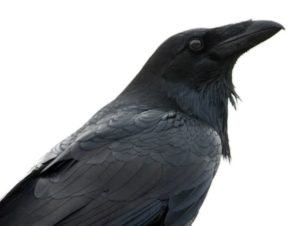 The puzzle is complex, of course. However, for this bird, it gets stumped only for a short while before going ahead to solve it. At the end of the puzzle, there is a reward which the bird works towards in the most amazing way.

This is not the first time the intelligence of crows has been tested, either. As the smartest bird, the crow has the ability to not just solve problems but have complex memory skills akin to those of humans. Studies have shown that crows can recognize faces, communicate the details of an event among themselves, and even avoid places they know to be dangerous.

In a study involving the University of Vienna, the University of Auckland, and the University of Cambridge established that crows have the ability to understand cause and effect. In the study, the researchers tested eight wild crows in two varied scenarios. In both cases, a crow was placed in a setting where a stick was made to emerge from the wall.

In the first case, a human entered the enclosure just as the stick began to move. With time, the crows learned to associate the movement of the stick with the human’s presence. When the stick fell without the presence of the human, the smartest bird would be more tensed. As soon as the human departed, the crow would relax and continue looking for hidden food using a shoot. 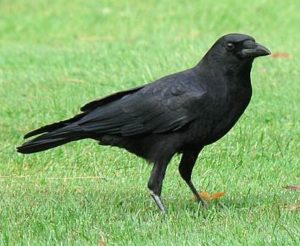 Second Research Scenario on the Crow

The second scenario was such as the stick would move out of the wall without a human being present in the enclosure. Thus, the smartest bird had no third part with which to associate the movement of the stick. This made the crow much more nervous and wary as it couldn’t just tell what was happening. Without the ability to explain the falling of the stick, it took more time to extract the food. All this time, it was on the lookout if the stick would fall again.

Clearly the smartest bird in the world has to be the crow. That’s if the investigation by the BBC and the results different research studies is anything to go with.